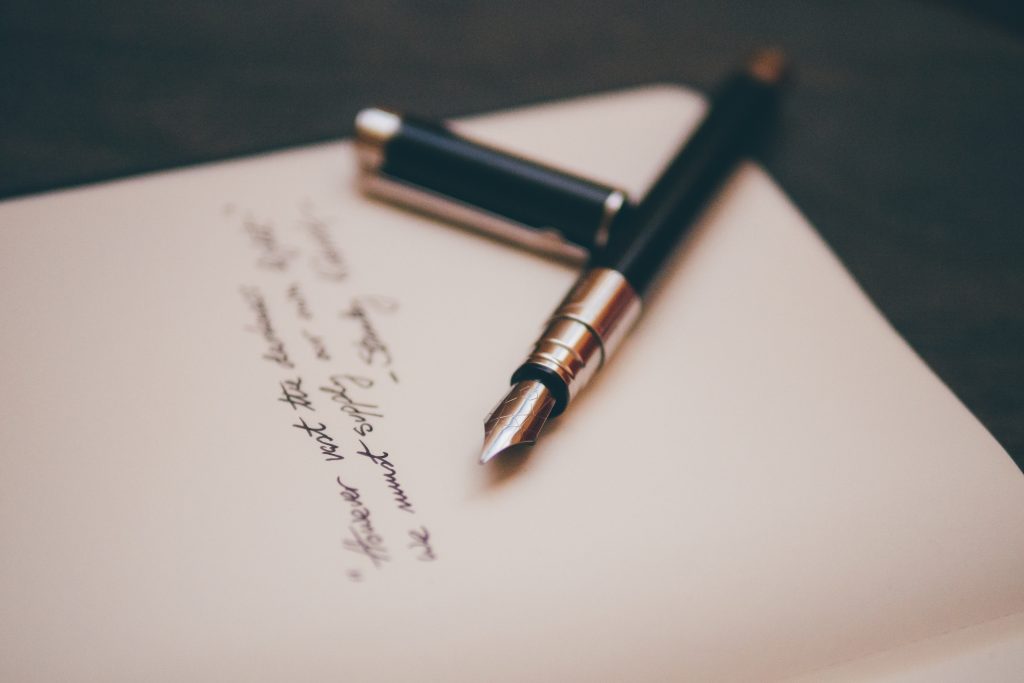 He leaves the envelope under the welcome mat.

I grab it and tuck it into my pocket before anyone else sees it. We all file into the house, my sisters, my parents, and I. The envelope is a secret I keep as we unpack the groceries.

I have a notoriously bad memory. I’m convinced that when I was still just a kid, shortly after I fell and lost both my front teeth, my brain and my body came to an arrangement.

“When it comes to life events,” my brain said to my body, “I’ll  free up some room by erasing dates and times and events, if it helps you make sure she walks into fewer walls.”  My body agreed (although it eventually reneged) but in exchange, gave me an extraordinary capacity to feel. I feel other people’s emotions as if they were my own. And my own emotions are often in overdrive.  I might forget the details of events, but  I always remember the way they made me feel.

My company hosts an annual appreciation party for our customers. This one, in Chicago on the heels of a weeklong conference, requires me to play the role of bubbly, extroverted hostess. I am neither bubbly nor extroverted.

But I play hostess anyway. Kind of.

My version of hostess involves painting on a smile for the Frodo-like journey through the crowded restaurant as I make my way to Mordor, aka the bar. There are fewer Orcs in my path than expected, so when I get there I celebrate by ordering a little rum in my Coke.

As I wait for my drink, I turn to the guy sitting on the stool next to me and tell him how much we appreciate him as a customer. He blinks down at me.  Later I learn that he’d crashed the party.

We spend the next two hours talking. As the night winds down, I realize I should really talk to some actual customers. He has to prepare for his presentation early the next morning. I feign concern about him walking back to his hotel alone. He unfurls his six-foot-four frame to show me that he is perfectly capable of taking care of himself.  His expression says he could probably take good care of me too. I almost choke on my rum and Coke.

We spend the next month exchanging emails and texts several times a day.

We create a game where we award points for revealing and uncovering truths about each other.
He says if I come see him, we can cross the border and spend a few days in Canada.  We make plans to attend a book fair in Savannah in three months.

Him: Three months is starting to seem way too long.

Me: What happened to the rational, sensible, email-sending man I’ve been communicating with over the past month?

I award him twenty points.

We play around the edges of our attraction so long that one day, his schedule finally aligns with the blind date his friends have been trying to get him to go on for forever. She’s a live person who lives a few blocks away. I’m a voice from a thousand miles away. He goes on the date. I dock him ten points.

Him: I couldn’t stop thinking about you.

Me: Probably not a good thing when you’re on a date with someone else.

We Missed our exit.

Him:  No—pause—But we’re going out again.

In one of his last emails, he says, “We missed our exit.”

Missed exits, he explains, is that thing that happens when you’re driving and your exit is approaching but you’re unsure, so you hesitate. And you hesitate. Then suddenly it’s too late. You’ve missed your exit.

Him: I told my friend, if she asks me to come visit, I’ll drop everything and catch the next flight.
Me: I should have taken you up on the Canada offer.

Except when I write romance.

When I write romance, I reread that letter and I commit it to memory and I jump in my car and go and find him before we both leave for college in a few weeks.

When I write romance, I catch that plane to New York and spend a week driving through Canada.